TESTIMONY FROM A MARITUANIAN JOURNALIST

« A good journalist is someone who serves his community. Serving others through my journalistic work, that is my vocation. »

This is the story of MBG, Marituanian journalist fighting against injustice.

« Within me, there is an innate sense of justice. That which scares me the most is neither death nor pain, but it is to see someone living in poverty without being able to do anything to help them. Justice is universal, it does not have a skin color, ethnicity, or religion. »

MBG arrived in France from Marituania in April 2018, leaving behind a large family, a mother constantly in grief, and a fishing community that his father also left.

« I have just over an hour » he started with just before the start of his interview for « La Maison des Journalistes » « I don’t want to be late for morning prayers » In fact, he confides in us that he is very religious. He wears a traditional robe ordinate with orange patterns and his eyes, black like carbon, often look towards the horizon: maybe towards his mother or his father or towards memories of fishing with his father.

The fact that his roots are elsewhere do not inhibit him from perfectly integrating himself into the small community at « La Maison des Journalistes ». He is often seen strolling through the halls of the building and he knows almost all of the residents, with whom he exchanges confidences and pleasant jokes. He speaks with a low and calm voice, his temperment is proud, open and dignified.

Insults, persecution, threats: MBG’s daily life in Marituania was not easy. « As a journalist, I am always fixated on a single objective: the truth. The intimidations never bothered me. When I worked in Marituania as a journalist, first on the radio, and later at the television, I always thought of my father. I have my education and career thanks to my father.

The fourth child in a large family, MBG confesses that he always had a privleged relationship with his father. « He gave me responsabilities very early, and when there was a problem at the house he always said « Ask MBG, he will know what to do. »

MBG explqins that the lifestyle in Africa rests entirely on the present. « The philosophy is not to have a bank account, but to respond to the needs of the family today, in the present. In Africa, we’re not overly concerned with the future, all that matters, is the ability to eat and get dressed today. »

In 1989, MBG was just a child when his family was deported to Senegal. In fact, in Marituania there was and still remains a system of apartheid, where the white minority persecutes and send the black majority to exile. « In Marituania, mixed marriages are not allowed, whites have the right to all that is better and for the blacks all the worst remains. They stole my childhood, he bitterly testified.

A Journalistic Career Marked by Engagement with the Truth

Shortly after the death of his father in 2011, MBG returns to Marituania and starts to work first as a rapper, then as a radio host, finally as a journalist next to Nouakchott radio – a broadcast news station from Nouakchott,Maritunia

In 2004, he was employed at a presenter for Sahel TV, a private television channel. He hosted a show called Union Trade « I invited all of the communities, black and white, people from the majority and opposition and I asked them sensitive questions about racism, slavery, the absence of Human Righs in Marituania and the exploitation of politics and religion. »

MBG resigns from Sahel TV when the TV director of the television station stopped him from inviting the political dissident Samba Thiam, former party head of the opposition of FPC, (Progressive Forces for Change – an organization against racism from the state and slavery in Marituania in hopes of a democratic, equal, and non-racist Marituania) returning from 20 years of exile in Senegal. « I resigned for a question of principal. The director accused me of being an « inflamist » but I was only doing my job. »

After the experience at Sahel TV, MBG finds himself without a job and without money and must leave for Senegal, where he only stays for a few months.

In returning from Marituania at the end of 2015, he starts to work for Chinguitt TV , another private television station, leading the french department. Also here, the problems and critics come quickly. « The director called me often to tell me that I should pay attention, that I spoke of too sensitive subjects, that I risked  destabilizing my country because of my shows and that if I continue, the state could have to close the station, that is what happened. »

But MBG declared having always followed a sole objective: the truth. « For all the rest, I do not care, the work of a journalist is to inform and to tell things the way that they are, I was never scared of the the other people or of the threats that I constantly received. »

In 2016, MBG went as a reporter at protest of militants against slavery. « I was at the tribunal to report and first I was insulted and then beaten by the police. They knew that I was a journalist et they wanted to scare me. In Marituania, the police are extremely corrupt. »

Threats, persecutions, insultes are unfortunately on the daily agenda for MBG. One day, when he was in Kaédi, a city situated a few kilometers from the capital, he was stopped by the police who demanded him to open his bag. At first, MBG refused to obey, but is bag was taken with force. « Inside, there was only my work tools, my recording device, my headphones, and my USB drive. One of the white police officers, took drugs out of his pockets and threatened me by saying that he found it in my bag.

A Sole Vocation: Serving Others

After this time, MBG knows that he is constantly in danger. In February 2018, he was the only journalist invited to a conference of the African Bank of Developpment of the Ivory Coast. At this time, he gives a speech to denounce certains practices of Marituanian leaders, the lack of solidarity surrounding Marituania, touched by the problems from racism and slavery.

Returning back from his trip, he receives new threats from the police. « At this time, also under pressure from my mother who can no longer sleep at night, I realized that I must leave. When your honor and your dignity are touched, you have two choices: to stay and suffer, or to protect yourself and leave. I never wanted to bend my head around anyone and I had to leave Marituania, in a certain sense to continue to serve and do my job independently.

« My dream? Is to serve people. For me, nothing is more noble than the acting of serving someone else. « 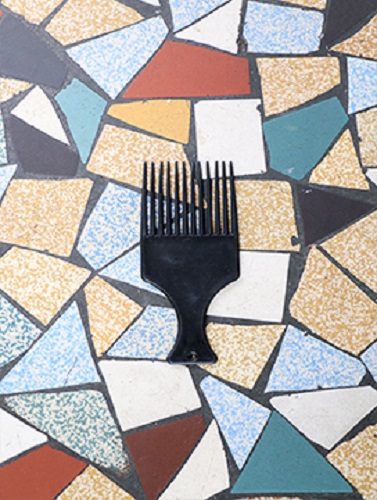 « I remember conversations with my grandmother, a women whom I have lots of respect for. Today, she is 100 years old. »

When I was in Marituania, she encouraged me to continue my journalistic work, and to not give up. For me, there hasn’t been more satisfaction than when the elderly see me and say « I am familiar with your work, I pray for you. »

I have a lot of respect for the elderly. Still today, when I am on the Metro in Paris, I always give them my seat on the train.