The news that shook the world’s largest daily newspaper, the New York Times International. After one month of controversy following an image deemed antisemitic, starting July 1st, there will no longer be political cartoons in the newspaper’s opinion section. This decision foreshadows a complicated future for newspaper cartoonists.

A single stroke of the pen was enough to unleash a worldwide controversy.

In the April 27th issue, there is an an image of the Israeli Prime Minister, Benjamin Netanyahu, depicted as a dog with a star of David around his neck. Behind him, the American president, Donald Trump, is shown blind holding the « dogs » leash with a yamaca on his head.

After public outcry, the New York Times appoliogized in a letter, calling it an « error of judgement ». A justification that convinced neither American not Israeli medias.

The Israeli ambassador to the United States addressed the journal and stated « Today, the New York Times has made these pages a dream for those who hate the Jewish State. » He declared in Washington on April 29th.

From the White House, Donald Trump was offended for not being cited in the newspapers letter of appology. Finally, the New York Times surrendered to social media pressure and announced the end of its cartoon pages

Is freedom of opinion being threatened?

Press cartoons are bought, sometimes in an image bank like the image by Antonio Moriera  that started the controversy. Patrick Chappatte, artist from the New York Times expressed his disappointment on his blog following this announcement.

« In these past few years, some of the best newspaper cartoonists in the US (…) have lots their jobs because their editors found them too critical of Trump (…) Maybe we should start to worry. And revolt. The newspaper cartoonists were born with democracy and when these freedoms are threatened, they are too » he condemned on his blog.

Interviewed by France Inter, Plantu declared that he is « worried for the future of our democracies and for freedom of opinion. » The artists of the world are outraged to see a journal as prestigious as the New York Times succumb to pressure from social media. « If it is pleasing to all, the freedom of the artists is going to be reduced (but that is secondary), but it is freedom of journalists, freedom of citizens and freedom of opinion that is going to fall apart. »

For Terry Anderson, illustrator and general director of Cartoonist Rights Network International, « It is undeniable that the decision from the New York Times is apart of a worldwide trend and continues to reduce the public space for cartoonists. […] This is why we whole-heartedly condemn it.

Freedom of expression has already been previously attacked.

Antonio Moriera Antunes, author of controversial cartoon has been regularly published in Portuguese magazines and journals since 1975. This is not the artist’s first controversy, in 1992, he published a cartoon in Expresso (Portugese newspaper) that became famous and hotly contested: Pope Jean-Paul II represented with a condom on this nose. This image was put on a petition signed by 15,000 of the Portugese demanding for censorship of this cartoonist.

Known for its provocative images & its quirky and satirical humor, Charlie Hebdo provoked many national controversies regarding freedom of the press and opinion. In 2006, Charlie Hebdo published Danish cartoons (from the Jyllands-Posten Journal) of the prophet Muhammad. The Union of Islamic Organizations of France and The Grand Mosque of Paris started a penalty procedure against Charlie Hebdo for « slander published against a group of people due to their religion. »

Charlie Hebdo became the target of numerous amounts of threats from radical Islamists following this controversy. On January 7th, 2015, the editoral board was targeted with an attack killing 12 people, including some of the most famous artists: Cabu, Charb, Wolinsky and Tignous.

Most recently, the newspaper cartoonist, Alex was a received of death threats following the January publication of a cartoon  in « Le Courrier Picard ». The image mocked Eric Drouet, a controversial figure from the Yellow Vest Movement, caricatured as a small yellow bird being hunted by Jean-Luc Mélenchon (a French politician from the National Assembly).

« There are people, journalists but other also who knock and demolish » recalled Alex, who is worried about both the current social climate in France and the anti-media hate that has been proliferating. 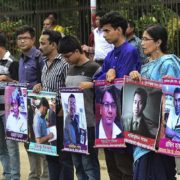 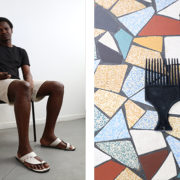 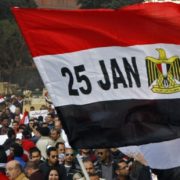 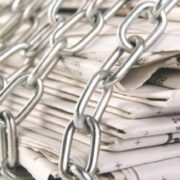